Thanks to Les Maisons du Voyage the artist Gopal Dagnogo is presented in a solo exhibition for the fourth edition of AKAA.

Of the gallinaceous kind, lost in the middle of heterogeneous objects that refer to both the Ivorian daily life with its bottles of beer, Maggi broth cubes, and usedsneakers, as well as to the bourgeois European interiors symbolized by Louis XV armchair silhouettes: these are the elements that make up the decor designed by Gopal Dagogno.
The artist creates hybrid still lifes which he brings to life through his precise line and the use of a vibrant palette. His paintings and drawings constitute a pictorial narrative of a Barthesian mythology of everyday life enriched by the dual culture of its creator. In terms of pictorial heritage, we think of Basquiat for the energy of the line, Warhol for the African version of the American Way of Life (and consume), or Watts and Cissé his contemporaries on the continent.
We could also mention the paintings of Korogho, a region in the north of Côte d’Ivoire, famous for its scenes of daily life painted without artifice….
That said, Gopal’s style belongs only to him.
Extending from a state of sleep that he considers particularly fertile, his works, immortal marks of a kind of automatic drawing, emerge from his brush and pencil without preconceived ideas, in an artistic practice lived as a catharsis through which it is above all the hand that speaks. 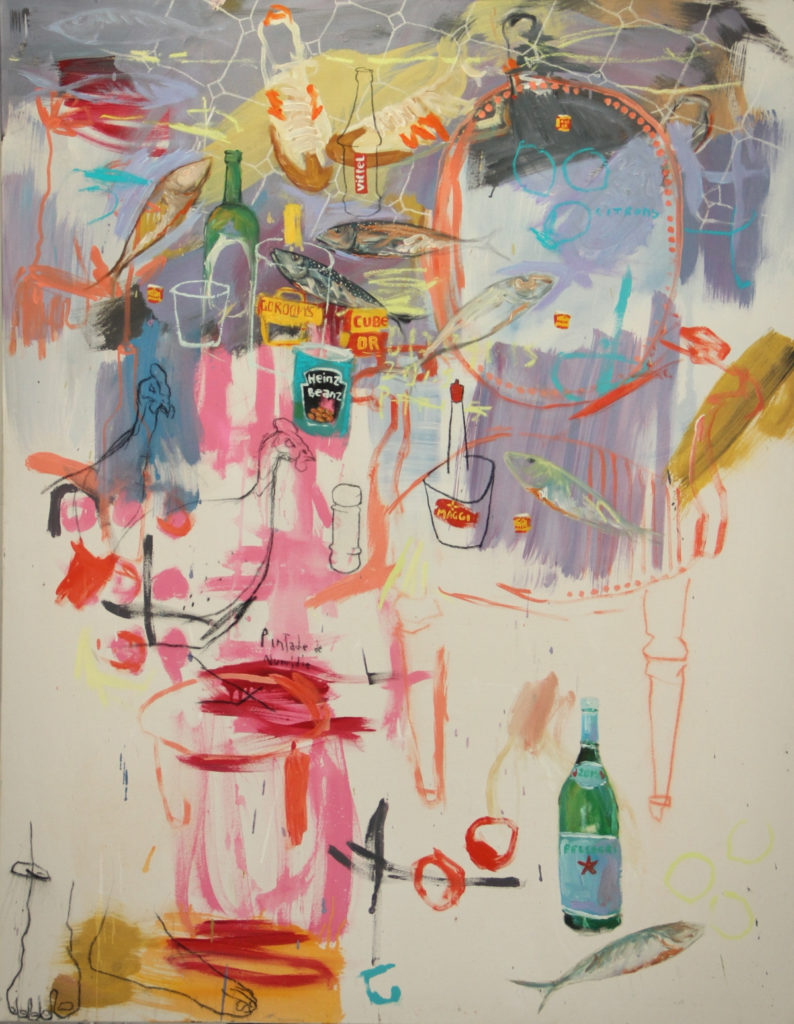 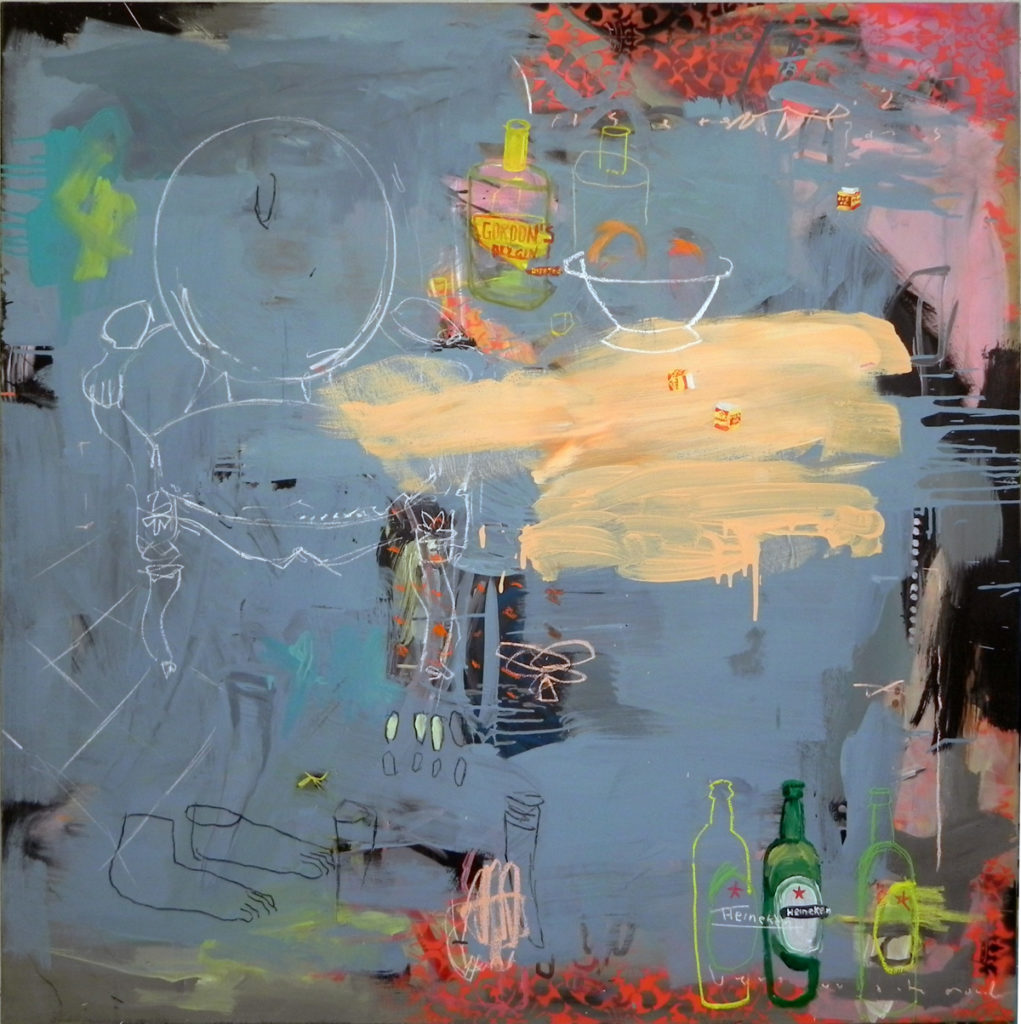